Home » Uncategorized » Discover Granada, the city of Spain at Eurovision 2019

Discover Granada, the city of Spain at Eurovision 2019

The Eurovision music festival is always a great showcase for all countries and for the 2019 edition Spain has Granada as the representative image of the country at the time of voting.

Eurovision is seen by 200 million people around the world, it is a great exhibition that will have the city of the Alhambra with this musical contest that brings together people of all ages watching the songs.

It is a great espacarate for Granada and is that the time of voting is one of the most watched, are the most important moments and that makes you see the Spanish city for all people to see and be encouraged to visit.

If you are one of the people who have not yet visited Granada we encourage you to include it as your next destination and it is that it has a lot to offer you, all the visitors end up delighted.

Places to meet in Granada

The Nazari city is not only the Alhambra, it has a great cultural wealth Granada city, with many interesting points to know as the Albaicín that is a World Heritage Site and is in the commemoration of the 25th anniversary in which it received this denomination.

Other areas of the city that you can not miss is the Sacromonte, one of the great places of flamenco being able to live great moments, you will get excited for sure by going to one of these shows.

The Royal Chapel and the Cathedral are other places that you can not miss in your list to know, places with a lot of history, and it is that the passage of the Catholic Kings through the city is something fundamental to know.

To be able to visit emblematic places in the city that you have surely seen in photos such as the Paseo de los Tristes with that look at the Alhambra, or the Realejo that has a great history as a Jewish quarter and makes it very interesting to visit.

Your destination is Granada, you will have the opportunity to discover many heritage treasures of the city, and you can do it by the hand of official guides that will allow you to know each of the details. 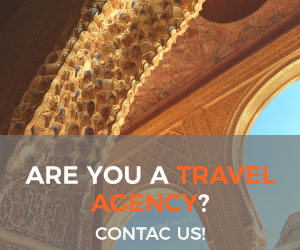 Discover Granada, the city of Spain at Eurovision

Recommendations and tips for visiting the Alhambra

All comunications with AGOG S.L., via whatever means, assumes the express permission for personal information to be incorporated in a file of AGOG S.L., whose mail is: reservas@granadaculturaltours.com

This information will be treated acording the law of protection of personal information (ley orgánica 15/1999 de 13 de diciembre). Therefore the interested party has the right to access, rectify, cancel and oppose any of the personal details that are stated in those files, having the to revoke consent in writing at any moment which can be done by written comunication to: reservas@granadaculturaltours.com

In confirmity with that expressed in article 10 of the law 34/2002, regarding information and electronic commercial services, we inform all our clients, participants and visitors that all the data, information and general contente of this website are protected by Spanish legislation of copyright and patent rights in favor of the oficial guides of Granada S.L. - CIF: B-19517648

Using the information for comercial or illicit reasons is prohibited, permitting only personal and private use of this information. In case of offence or faillure of the expresed, AGOG S.L. has the legal right to take any civil or legal actions necessary.